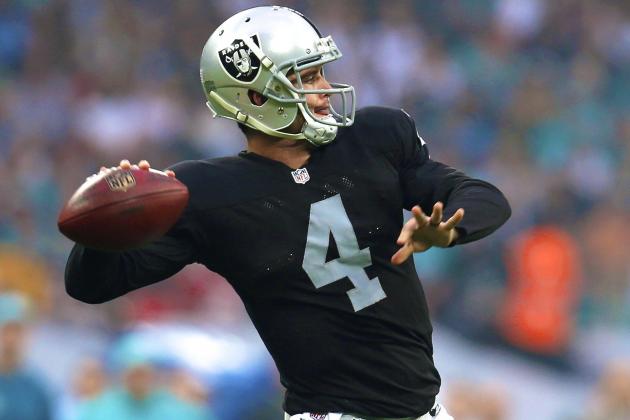 I think we have a great lineup here that should hold up well in 50/50’s and perhaps, with a little luck, do well in tournaments.

Check out our picks below!

If you haven’t noticed, Derek Carr is looking like a franchise quarterback. Even though Oakland has to travel about 2,400 miles to get to Detroit (6 hour plane ride), they will be playing in an indoor arena and conditions look good for a high-scoring shoot out. The Vegas bookmakers have this game tied for the highest scoring game of the weekend, and Oakland is favored at -2.0.

We’ve stacked Derek Carr with Michael Crabtree, who is getting the most targets yet is priced cheaper than Cooper.

Coming off a bye week, we are putting a lot of money on Freeman to stomp all over the Luck-less Colts. We are also putting our money on Gurley who appears to be match up proof.

Because we believe the Oakland v Detroit game has a good chance of being a shoot out, we are playing Calvin Johnson who is now healthy.

Stevie Johnson is a value pick who should get a lot of targets since Floyd is out, Allen is out, and both Green and Gates are not 100%.

Ertz is our plug at tight end. Ertz scored a respectable 13.8 points last week and faces Tampa Bay at home this week.

Charcandrick West is another great value pick in our opinion facing a San Diego defense that’s giving up the most points to the running back position.

Our defense is the Jets at Houston against the back up quarterback TJ Yates.

Now doesn’t this lineup sound like a money-maker?! Good luck to you all this weekend!

Don’t have an account to DraftKings? Read our DraftKings review here.

We draft our teams with the help of the stats from this DraftKings drafting tool!